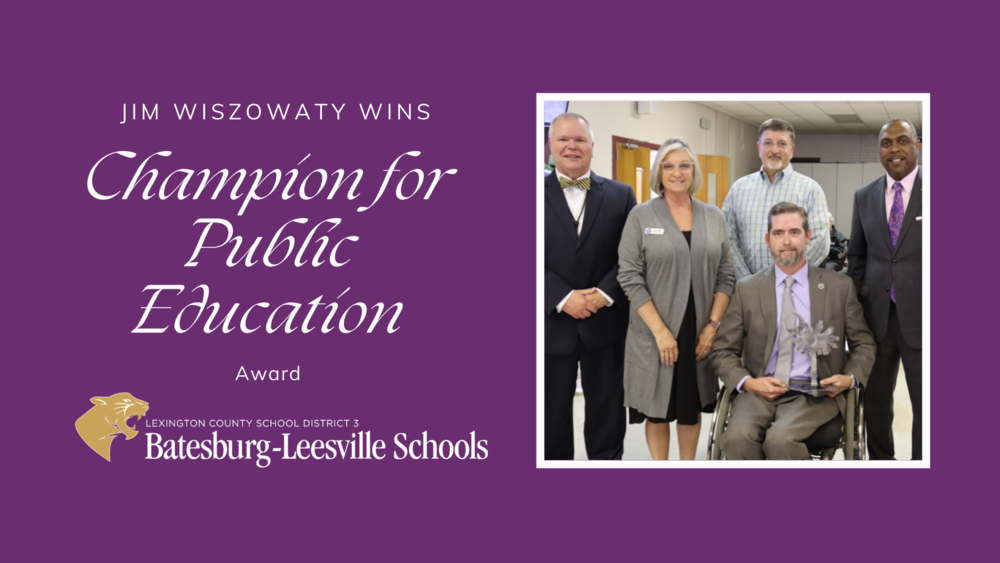 On Tuesday, March 8th, local Batesburg-Leesville resident Jim Wiszowaty was honored as the recipient of the Champions for Public Education Award that is given by the SC School Boards Association. The award, which was presented during the monthly Lexington Three Board of Trustees meeting, recognizes community residents, organizations and local businesses whose support of and contributions to public education have significantly benefited an entire school district.

Mr. Wiszowaty was unable to be in attendance for the award presentation, so his good friend Rep. Cal Forrest accepted the trophy on his behalf from Jamie Devine, President of the
SC School Boards Association.

Mr. Wiszowaty, who up until a few months ago owned the popular local restaurant "Wiz's," was nominated for the award by Lexington County School District Three. Below is an excerpt from his nomination form:

"Jim Wiszowaty’s support of Lexington Three has been unwavering since he first moved to the town of Batesburg-Leesville. He knows a large portion of the district’s staff members and students by name and would often join them at their table when they were dining at his restaurant. Beyond his personal relationships, though, Wiz is also deeply invested in the success of Lexington Three as a whole system. He is a fierce supporter of extracurricular activities, always providing sponsorships for the Panther Band, football team or cheerleaders, just to name a few organizations. In fact, he recently told ColaDaily.com that 'you've got community first and your restaurant second. Take care of your band leaders, your cheerleaders, your little league people - give back just as much as they give to you. It doesn't matter what business you're in, it all comes down to community.'

He also deeply takes to heart ensuring that less fortunate students and their families are well-fed during the Christmas season. He initiated the Wiz’s Angels program where he provides a complete holiday meal for around 30 families every year. Needy students are chosen by district staff members and on a Sunday morning right before Christmas, boxed meals complete with all of the fixings are delivered straight to their homes free of charge and courtesy of Jim Wiszowaty’s big heart."

Lexington County School District Three congratulates Mr. Wiszowaty on his award and thanks him for his continuous support throughout the years! 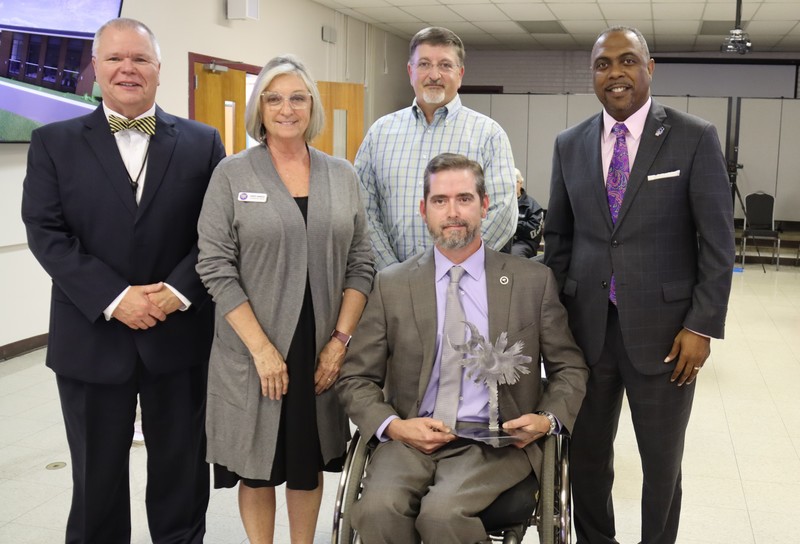